Can Network Canvas support two mode networks? I would like to be able to display two different node types at the same time on the sociogram. I think this would be a really powerful feature!

This is a great idea!

There are some complexities around implementing this within Network Canvas. Chief among these is that, because node types have their own unique variables, you would need to specify multiple layout variables (one per node type). The same would also be true for node highlighting behaviour.

With that said, we hope to implement this feature in a future release of the software. Unfortunately we don’t have an estimated timeline for this given its complexity, but it is on our radar as a feature of interest.

If any others have thoughts on how this should work. please feel free to share them.

I just wanted to share a potential workaround for users that need two-mode functionality (such as the ability to show two node types on a sociogram) which will work within the existing software. @bernieh has used this approach, and with some caveats it might get you what you are looking for.

A little known feature of the software is that it allows you to customise the way that nodes are labelled. This is achieved by writing a small function in JavaScript that is called for each node in the interview network that returns the label the app should use. This functionality is documented here: https://documentation.networkcanvas.com/reference/node-labelling/#custom-node-labelling-advanced

The workaround being proposed here is to use this functionality to append text or an emoji to a node’s label, based on an attribute you have created to represent its “type”. This will allow the participant to visually disambiguate a node’s type within the interview, and will also allow you to filter and sort by this property.

To implement this workaround you must do the following: 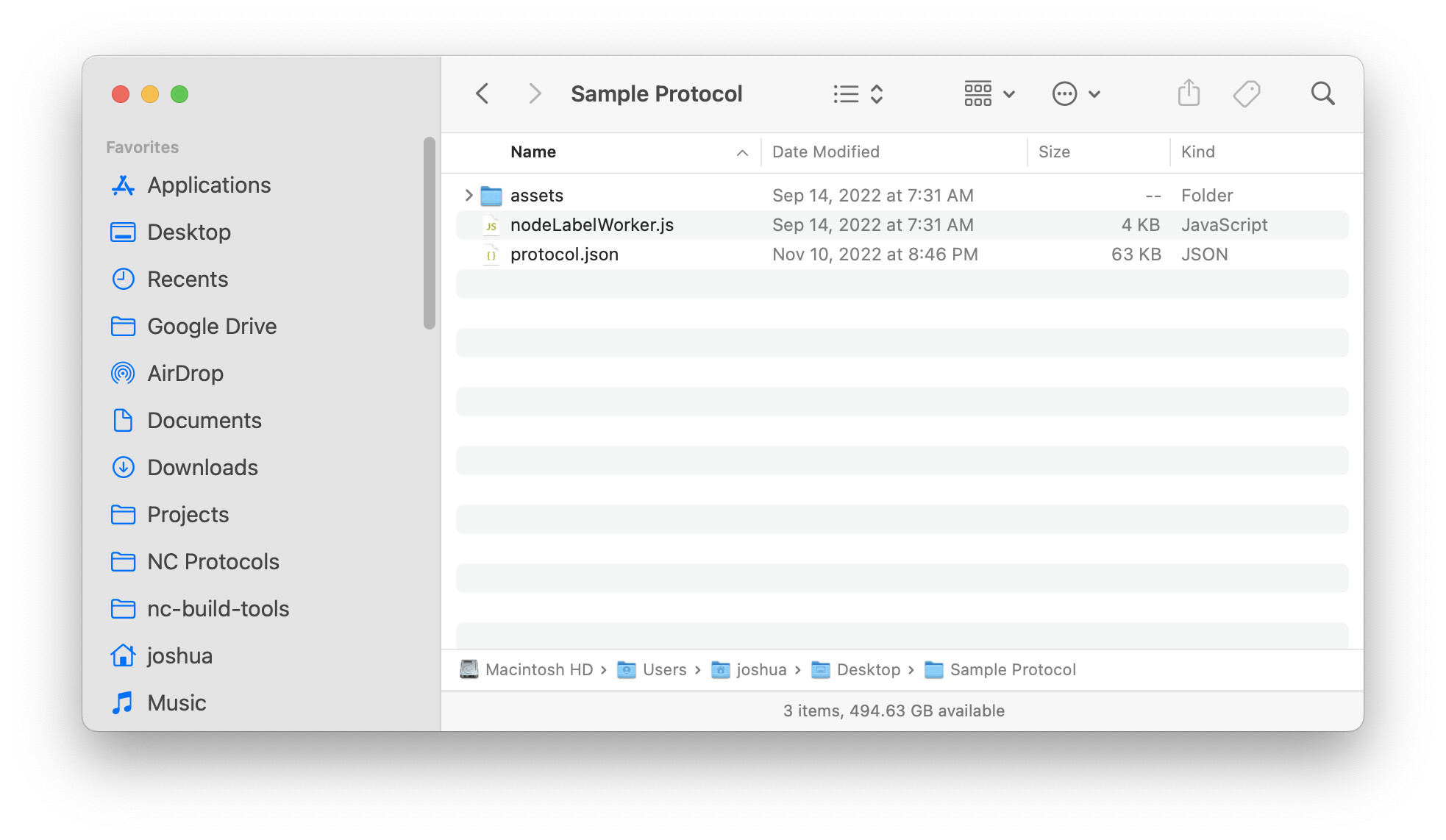 Below is a sample nodeLabelWorker.js script that will add an emoji to each node’s label, based on the value of a variable called type.

Note: The \u{0a} string in the sample represents a ‘line feed’ (new line) character. It will simply put the emoji on a separate line from the text.

You can use this script as the basis for your own behaviour!